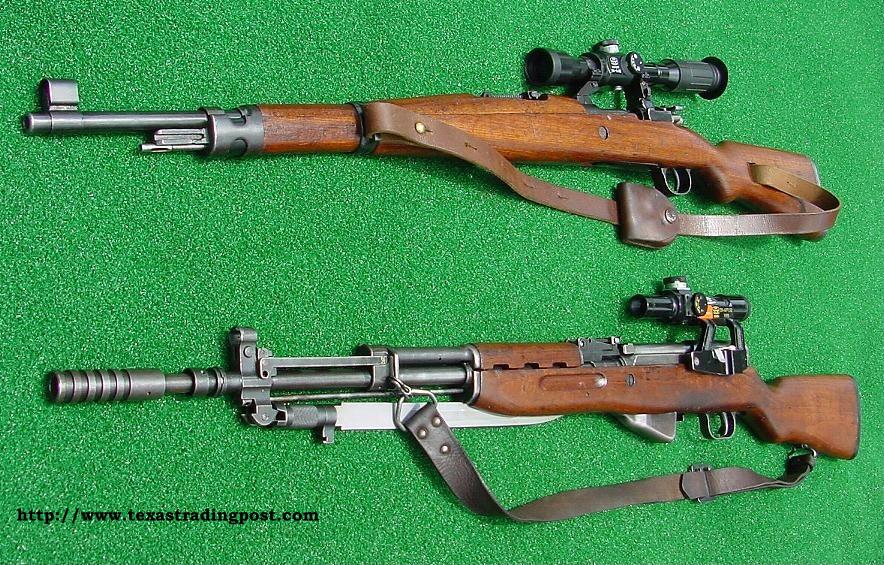 There has been a tremendous interest in various Yugoslavian made Arms in recent years due to the large number of imported M48 and M59/66 SKS rifles. Many of these rifles were imported directly from Bosnia.  With those shipments the importers received a small number of rifles that retained scope mounts commonly thought to have been used as sniper rifles. When these rifles hit our shores the scope mountings seen were varied and unlike anything commonly used in the United States. They were quite a mystery to most. This article began with only a set of pictures I put on the internet to help both fellow collectors and myself to identify them.  The website has has grown from there with most information provided to me by others over the internet. The next two pages of this website is primarily about the two rifles in my collection, but to understand the rifle one must first understand Bosnia's War. Read on.

Bosnia's civil war was a war of Genocide or perhaps should be called a war against diversity.  It started by talks of Independence with ethnic partition between Muslims, Croats, and Serbs. With tensions high, fighting broke out between Muslims and Serbs in March of 1992. Milosevic was prepared for war with Serb Officers already in Sarajevo due to the recent independence of Croatia having just been recognized by much of Europe after a year of war there. Serb "cleansing" began within months. Several hundred thousand Muslims were killed or displaced in Northern Bosnia. Yugoslavia backed out of Bosnia leaving a Bosnian Serb (Yugo supported) army fighting an Ethnic war with the Bosniac Muslims. Concentration camps sprung up all over Bosnia controlled by Bosnian Serbs. The UN arrived after the first year, but only as powerless peacekeepers. Through 1993 fighting between Croats and Muslims becomes heavy, Croats massacre Muslim civilians and Croat concentration camps begin showing up. Serb heavy guns shelled Sarajevo for 676 days stopping only after Nato threats. The war gets very confusing after 1993.  Who is fighting for what side often changes during this time with known battles between Muslims and Croats and even Muslim against Muslim over proposed provinces. At one point there is a ceasefire between Muslim and Croats. It was a short lived alliance. By the end of 1994 there are Serb and Croats fighting together against Muslims in at least one area. During 1995 all hell breaks loose with many battles between Muslims and Croats against Serbs, Nato troops involved in fighting and much Nato bombing of Serbs. By the end of 1995 peace talks create a single Bosnian State as we know it today.

As for these older rifles and other arms used during the war, Yugoslavian States such as Bosnia had thousands of older M48 and SKS rifles. These were rifles originally issued to a front line unit, used and abused, then put into storage or sent to the TO or Territorial Defense (Military units in former Yugoslavia, much like our national guard). Remember an unprepared Yugoslavia had been beaten by the Germans in WWII and the Yugos had prepared to not ever let that happen again. Most of these weapons were stored in Schools and Factories all across Yugoslavia's States.  With Muslims demanding recognition in the 1980s, Milosevec had already been centralizing much of these weapons in case of a civil war. Most of these rifles were rounded up and hauled away by the JNA or Yugoslav Army in 1989 for safe keeping. This involved more than over 50 truck loads of weapons from TO Sarajevo alone. As an example truckloads of rifles had been relocated to Tuzla for safe keeping in JNA army barracks. On the night of May 15, 1992, all of the TO weapons held at the Tusla JNA barracks were liberated by Tuzla's Bosniac Muslims. M48 rifles where also smuggled past the Serbs from other areas during the war. For example in 1992 400 M48 rifles were transported through Serb territory by the Professor from the School of Mining at the University of Tuzla, Dr. Sadudin Hodzic.   Muslim forces were unprepared and poorly armed with older weapons at the beginning of the war. Early in the war it was common for there to only be one rifle per two Bosniac Muslim fighters. This is why we see such older style rifles used in a modern war. The Bosnian Serb forces where already well armed and supported with Yugo produced weapons such as the AK47 provided by the Yugo Serb Military. More modern weapons eventually arrived for the Muslim forces in numbers via daily shipments of weapons from Iran, Turkey, and Malaysia through Croatia. There were also witnessed daily shipments of arms directly into Bosnia by helicopters disguised as Red Cross helicopters.

During the war many of the older M48 and SKS rifles were altered by individuals to be used as Sniper weapons. Though there are reports and stories of Serb snipers utilizing the M48 rifle with a Zrak M76 Scope,  one report of an SKS with a M89 scope used by a Sniper Team as a marksman's/observer's rifle, and SKS rifles with Night Vision optics used for years by the Serb Military for Urban Counter Terrorist use, Military Sniper teams and Snipers would have used the more modern M76 Yugo produced Sniper rifles that were readily available to them. Muslim Bosniacs, Militia on both sides, and Freelance Snipers often used anything they could get for Sniper rifles. Hunting rifles,  M48 Mausers, and  SKS rifles were used. One ex Serb solder explained it to me,  "During the war many people started making the weapons the way they were thinking that is right." They would add any optics they could find. Rifles were converted by gunsmiths in Sarajevo during the war using whatever they had available to put rifles on the line. There was an article in the Sarajevo Magazine "Dani" on an old gunsmith who did this. Some Bosniac Muslims did receive formal training during the war. Soldiers of Fortune such as the Iranian Mujahedin had a Terrorist Training Camps were they trained Goverment agents during the war. The Iranian Mujahedin camp specialized in assassinations. That particular Terrorist Training Camp was not raided by Nato Forces until February of 1996. Civilians were often targets of these freelance Snipers during Bosnia's war with 100s of civilians from both sides being senselessly killed. Civilians were sometimes killed by there own faction so as to lay blame on the other side.  I have not found evidence that real Bosnian or Serb sniper teams were involved in such practices.

Now for info on the actual Field Expedient Sniper Rifles used during the Bosnian Civil War, just click on the links below to learn more.

This photo essay was made in an effort to further research my rifle. I add to it as I obtain more information. I have received most of this information through contacts found on Forums and listserves on the net. Thank you to all the people who responded. Some with a wealth of information. In no particular order thanks to Greg Wohler, Rick in Atlanta, Bob in PA, Bart who spent two years in Bosnia, Dutchman, Art in Bosnia, Bob, Pacman who served with SFOR, Steven, New England Custom Guns, Walter Schmid with Mauser, R.C. Staples, Michael in Germany, Robert Livsey, Linc, Robert Skidmore, Rick, David Abarzua, Bodo, Paul Oats,   and anyone I missed. No longer is this just another rifle it is a part of history.

Back to Curios & Relics Home Page

All contents of this Web Page are Copyright (c) 2005 by Texas Trading Post, texastradingpost.com. All rights reserved.